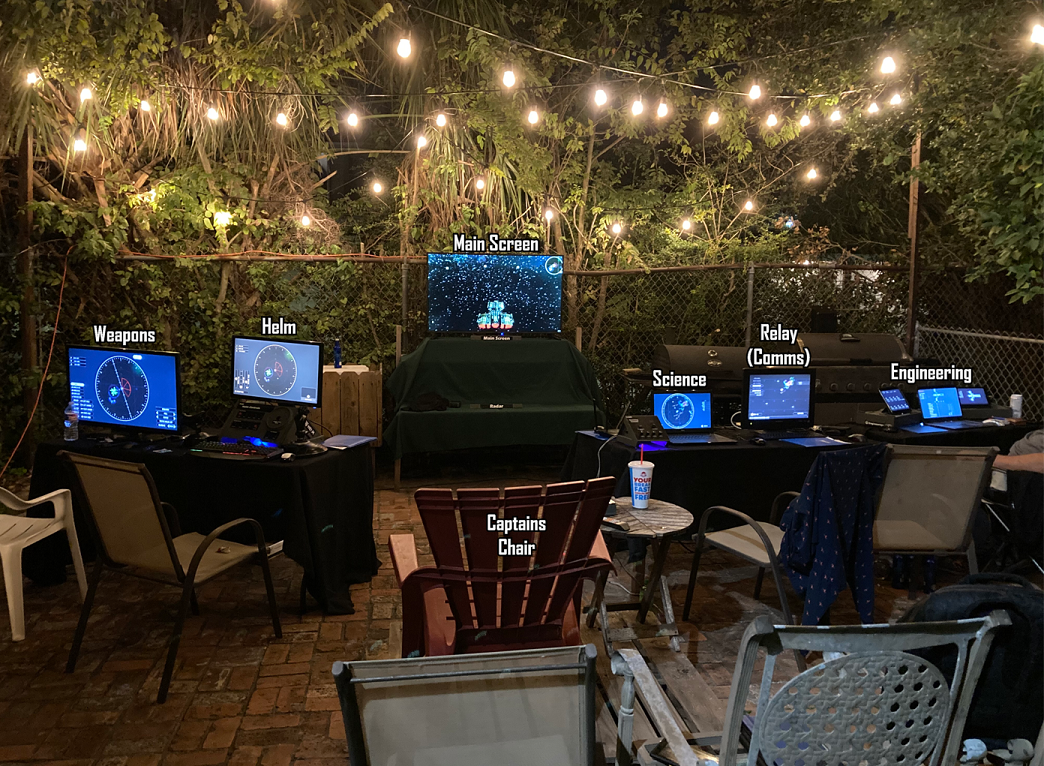 Last October 2020, I ran a very successful spaceship simulator using EE and I thought I would share how I did it. My friends and I put it together on my back porch. We had a place for all the stations, most with custom controls. I built all the custom controls using Arduino to make them behave as a USB keyboard and/or joystick. In the end, we only had one minor glitch (see below), and I was amazed at how well everything looked and functioned.

A little about me. I am not an IT professional. My profession is not known for its technical expertise (I am in law enforcement, and not the fancy gadget law enforcement either, lol). As a hobby, I like programming, electronics and construction/woodworking. So, with a little effort, anyone can do it. Also, I will probably add how I created each custom control to this thread or a new one (I don’t mind sharing my code or construction techniques, I want more people to get into this hobby).

To start with, I had a flashdrive with the latest EE version installed for everyone to load onto their computers. This ensured the same version, and the config files were setup for the custom controllers (just some key bindings; mainly joystick axis for the science station, etc).

I also had a binder for each station, detailing how it worked, the purpose of the station, etc. This helped since many hadn’t played before and we would switch stations to try them all out.

I used my personal gaming desktop to run the EE server (its under the table). Also, I bought a WiFi router for everyone to connect to. My home network signal was a little weak in the backyard, and so the dedicated router worked great to ensure a strong connection to the EE server. I bought it online for $25. You can see the router just to the left of the science station behind it’s custom control.

Unless otherwise stated, each position had its own client and ran the 5/6 player station. And here is how each station was setup:

So, that’s how we did it. In actual play, it was a blast. Some players switched positions during scenarios, others really liked certain positions, and everyone said they felt really involved regardless of the station. We kept getting our asses kicked on one of the scenarios but we finally beat it. I suspect that alcohol had something to do with it (“Hey, let’s drink and fly a starship!”).

In short, the actual setup went smooth and it was amazing.