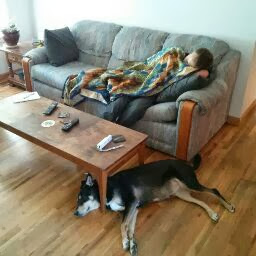 croxis
June 2020 in Other Games

I'm wanting to get familiar with the Godot engine, so I am going to try my hand at a bit of genera mashing with bridge simulation, io games, and blockbased ship building games. This is very much a departure from the games discussed here, if the forums are for more serious and bridge-sim (I would call this idea a crew-sim) games just let me know :)

My 10 year old son and his friends don't have a lot of overlapping options for playing in this social distance time. Different consoles, some only have their smart phones or tablets to play on. They are limited to web games or Fortnight. So I started putting together something that they can play together in a cooperative way, but still have that quick and easy fun competitive component too.

One departure from the bridge sim genera is that the players are represented as an avatar on the ship. They can move around the ship, man different controls to play the different stations. This does allow the possibility of putting some gameplay elements in interacting with the ship by the avatar, instead of a bridge station console (Engineering being the big one). It also means that in non-combat situations the crew members can still participate in other roles for running the ship. Weapons can switch to comms for example (both are a form of communication after all!).

Similar to agar.io, ship can pick up meteors to repair/upgrade/expand. Combat can leave scrap which is used for the same purpose.

Because of this I am framing the game in terms of tasks, instead of specific bridge stations. Many would be mapped to a bridge station.

The rest I am thinking to include somehow but I haven't spent time thinking about implementation yet. There is potention for a longer multi-session game loop:

For the visual art style I am leaning to a vector Tron inspired neon, but is is also an overdone athetic. My art skills are limited so doing some basic vector shapes and colorize it to communicate information to the player, instead of number readouts.

For audio I am thinking making things musical. The universe has an underlying tempo. Different abilities and weapons add different instrumentation and and rhythm. You know your ship is getting damaged visually AND it sounds off. SimCity 5 did REALLY well in this department. If I go with faction or team gameplay, each group can be given a different musical style.

I have not dived into particular network protocol or structure yet other than a standar client/server over websockets.